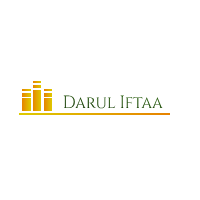 The Iftaa Department of the Jami’yyatul Ulama Canada, Canadian Council of Muslim Theologians has a panel of certified muftis/scholars who are learned and trained in issuing Fatwas (Islamic Rulings) in accordance to the Holy Quran & Noble Sunnah.

For many years individual Imams and Ulama received complaints from the Muslim community and in particular individuals from the Halal industry that many things within the industry were not being observed in accordance to the Shariah. In March of 2004 the Jami’yyatul Ulama Canada (CCMT) therefore decided to appoint a team of members whose task was to observe and discover what is really going on within the industry. The team managed to inspect 13 poultry abattoirs, 4 meat abattoira, 7 further processing plants and numerous other manufacturing plants and retailers. Throughout these inspections, which were documented, the team discovered many areas of concern in majority of the places that were visited and steps were taken to try and rectify the problems.

The team got in contact with the existing Halal certifying boards who were providing some of the visited abattoirs and facilities with a ‘Halal Certificate’ in order to bring to their attention the flaws they had discovered in their system throughout their investigation and to discuss how to rectify them, but these meetings were of no avail.
While one of the bodies expressed that they have no intention of changing their procedures, the representative of the other certifying body simply told us, “Who authorized you to carry out these investigations?”

With the existence of these flaws the reliability of our meats and non meat products being Halal was put to question, thus having a negative impact on our worship and prayers and on the behavior of our children. In order to overcome this unfortunate situation, the Jami’yyatul Ulama Canada (CCMT) decided that it was necessary to form a uniform verification and certification body to monitor our Halal supplies. To implement, facilitate and create a clear-cut reliable certification procedure and to establish a unified central certification board, and thus to take us forward into the pursuit of our Islamic duty of facilitating our moral and obligatory right, a steering committee was formed by the Jami’yyatul Ulama Canada (CCMT) to serve this cause and help the Muslim community.